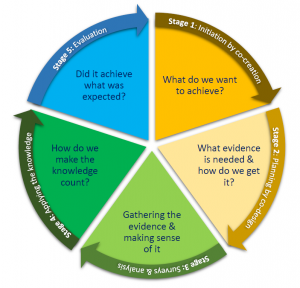 A new breed of fishermen and scientist are looking to improve the way the industry contributes to data collection, in response to the need for more data in a world of dwindling support for independent scientific research and monitoring. To make this happen, fishermen need to be supported to:

By partnering with some of the UK’s finest fisheries scientists – with a passion for finding new ways of doing science – we were able to draw on a wealth of experience, commitment and creativity to define a set of guidelines that will help underpin industry-based research for the future. The team involved built a set of Guidelines for Industry Science Data Collection through painstaking dialogue and research, resulting in a ‘recipe for success’ which, if followed, ensures that those involved in collaborative fisheries research produce data that has the potential to positively inform and influence fisheries management and policy.

RT @ReedMtweet: Kick start your career in #research and #conservation management with our fully funded PHD opportunity. Excellent opportun…
@Fishing_future
Visit Twitter
Read the latest and stay up to date with the Fishing into the Future newsletters.
Visit News
This site uses cookies: Find out more.